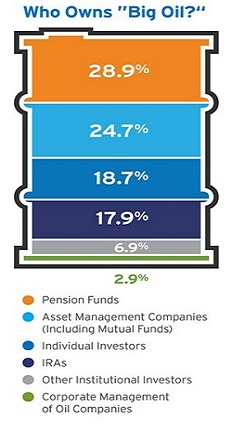 The energy industry pays its share of taxes – an effective tax rate average of 38.7 percent, compared to 28.2 percent for other Standard & Poor’s industrial companies.10 In addition to higher average tax rates, the industry pays significant rents, royalties and lease payments to the federal government for production access – totaling more than $119 billion since 2000. Meanwhile, energy industry earnings are typically in line with the average of other major U.S. manufacturing industries. From 2011 to 2015, oil and natural gas industry earnings averaged about 3.9 cents for every dollar of sales, compared to 8.3 cents for U.S. manufacturing industry earnings.11 Tax provisions sometimes characterized as “oil and gas tax subsidies” are actually long-standing cost recovery mechanisms which reflect a basic tax principle that U.S. companies are taxed on net income after costs. The oil and natural gas industry may deduct its costs, but so may virtually every other sector, including biotech, pharmaceutical, computers, and software. A study by Wood Mackenzie found that a tax increase of $9 billion per year would reduce domestic oil and natural gas production by 700,000 barrels of oil equivalent per day by 2025, hurting American jobs and access to affordable, domestic energy.12

Get The Tax Facts