EPA report on Fracking and Water

With the holiday season upon us, we are also entering “Aunt Edna” season. That means getting questions from friends and family about our industry. The Chevron Stakeholder Advocacy Team wants to make sure you are ready to answer those questions, including on an issue that was recently in the news.

You may have seen the headlines about an EPA report on hydraulic fracturing and its potential impact on water supplies. In 2015, the EPA published a draft assessment report that failed to find evidence of “widespread, systemic impacts on drinking water resources in the United States” due to fracking.

In the EPA’s new report, based upon identical data that was contained in the 2015 draft, EPA now states that fracking activities “can impact drinking water resources under some circumstances,” but also notes that “significant data gaps and uncertainties in the available data prevented us from calculating or estimating the national frequency of impacts on drinking water resources from activities in the hydraulic fracturing water cycle.”

Not surprisingly, this new report has generated some media stories implying that the EPA has now definitively concluded fracking contaminates drinking water. Not true.

So here’s what you can say in response to questions from Aunt Edna:

A reminder – groundwater protection during the fracking process 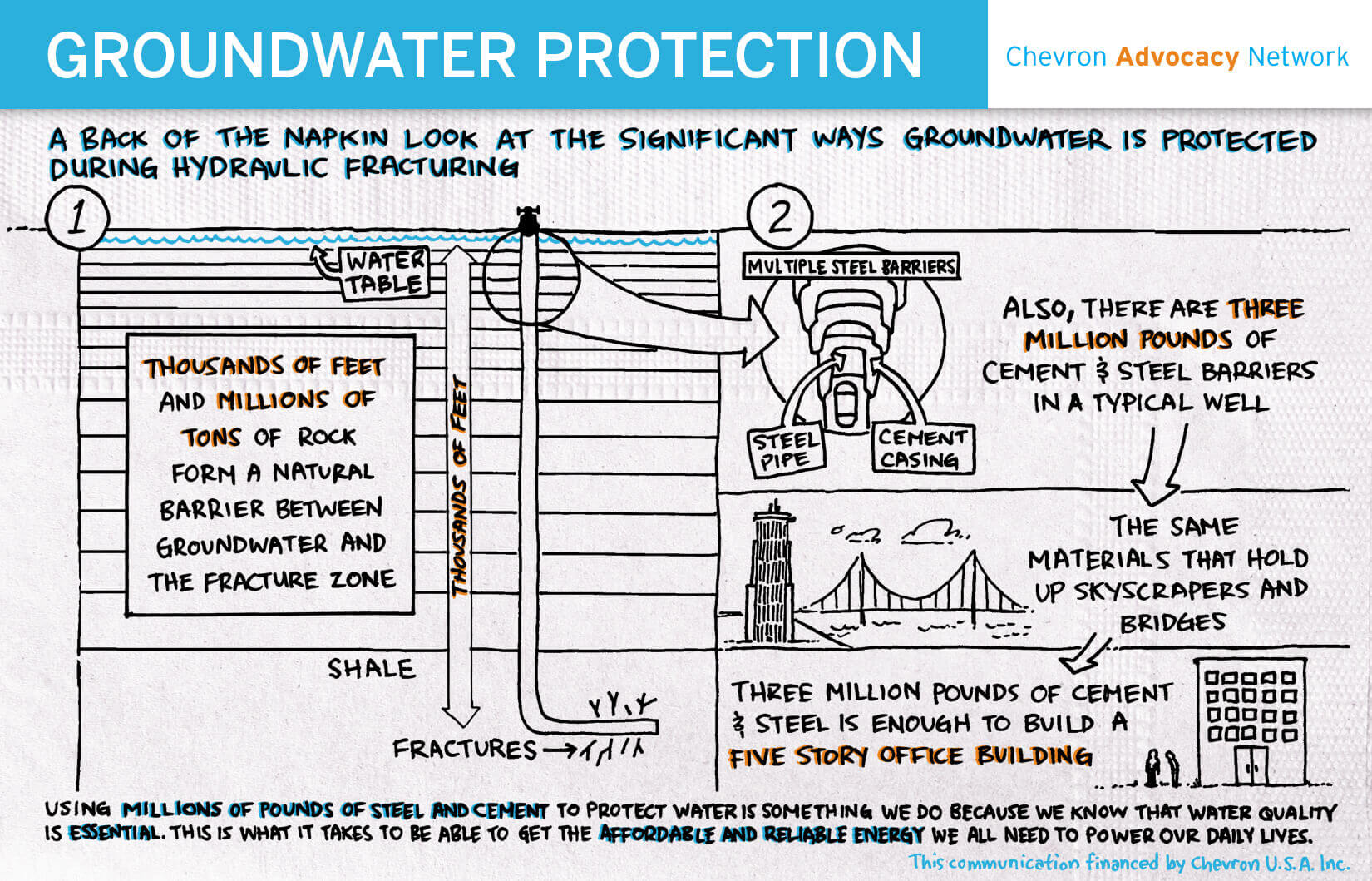 Share this infographic on your social networks today by clicking here.

And as you may remember, the Chevron Advocacy Network has provided Answering Aunt Edna responses on the basics of hydraulic fracturing, chemicals used in fracking fluids, groundwater protection and the importance of fracking shale. We hope you find this information a helpful resource as you prepare for the holidays with family, friends and “Aunt Edna.”

Chevron remains committed to the safety of our workforce, communities and environment, and looks forward to a safe and prosperous 2017.

‘Answering Aunt Edna’ is a recurring series that is designed to help CAN members answer tough questions from their friends, family and neighbors.